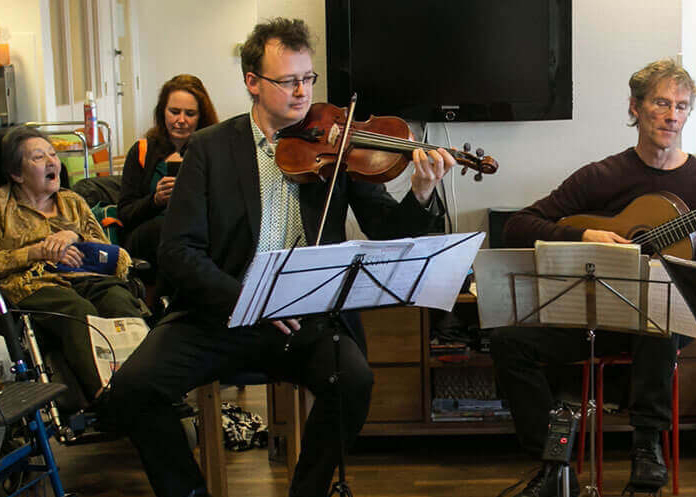 Stichting Appeltaartconcerten brings classical music to people who, for whatever reason, can no longer attend a “normal” concert hall. For example, games are played in nursing homes, psychiatric institutions and TBS clinics. In addition, concerts are organized in low-threshold community centers, libraries and district theaters.

By listening to classical music with family members, carers, neighbors and volunteers, the Apple Pie Concerts are also special social events. Through the music we try to touch everyone with beauty. Because the distance between audience and listeners is small, an intimate and special atmosphere is created. The apple pie, which is served during the break or afterwards, symbolizes warmth and security. The music is played by professional musicians who also play in large Dutch symphony orchestras and/or perform as soloists on large stages.