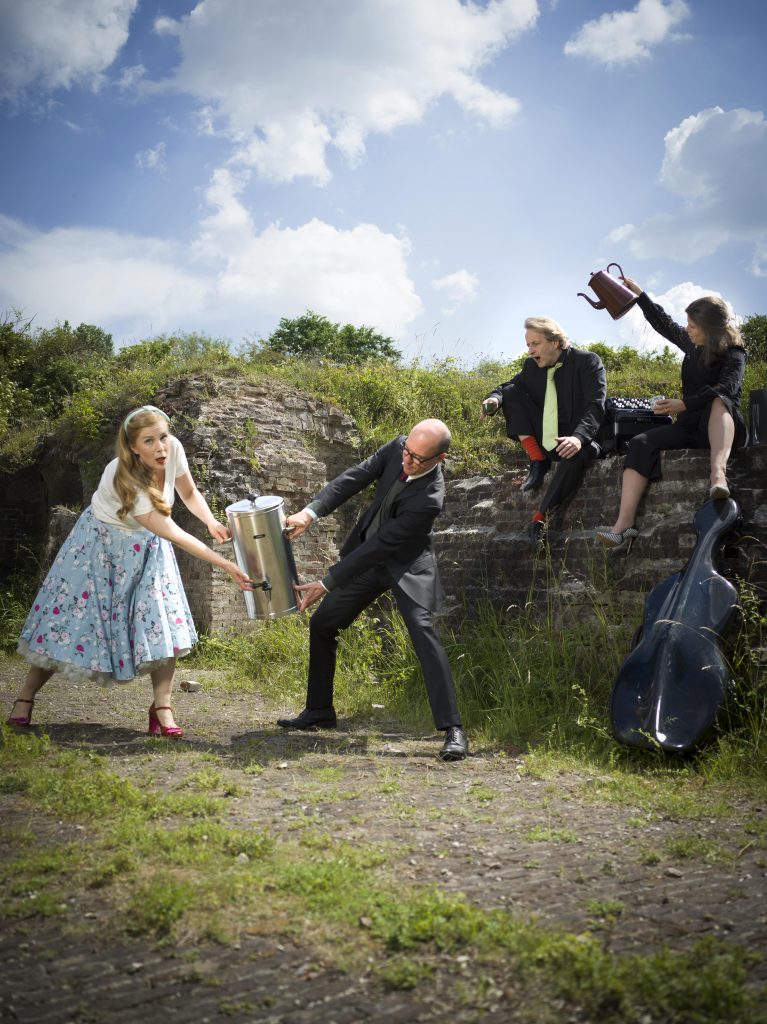 Bakkie Bach, or The Coffee Cantata by J.S. Bach, is a witty mini-opera in which father Schlendrian tries to get his daughter Lieschen off her coffee addiction. He only gives her permission to get married if she stops drinking coffee. While Schlendrian searches for a suitable man for his daughter, Lieschen secretly tells everyone that she is getting married on one condition: that she can make coffee whenever she wants. The moral of this story: women love coffee!

In the summer of 2020, in the midst of the first corona wave, a special initiative arose; The Peasant Cantata. This music theater performance by J.S. Bach was performed in Dutch, including on farmyards and in stables. The show was a huge success. The Boerencantata was performed more than 40 times and received attention in the national press such as De Volkskrant and the NRC (5 *) and was praised as one of the best performances of 2020. That naturally calls for a sequel: Bakkie Bach. !

During the Walking Concerts you will walk past 3 locations where you can enjoy a new chamber opera every time. The chamber operas have a length of approximately 45 – 60 minutes.

Group B has the following scheme: